The benefits of ganoderma lucidum

The benefits of ganoderma lucidum 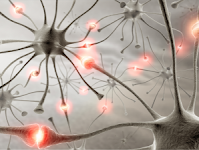 Ganoderma Lucidum have been traditionally recommended by Chinese and Japanese herbalists for insomnia due to their “sleep-promoting factor”. Long-term use causes a significant promotion of slow wave sleep. Ganoderma Lucidum are prescribed in China for a number of psychiatric and neurological afflictions, including diseases involving the muscles, anorexia, and debility following lengthy illnesses.

In Japan, the dried “mycelium” of Ganoderma Lucidum the root-like body that produces mushrooms has been found to be highly effective in the treatment of neuroses caused by “environmental stress”. In addition, in an eight-month study of Alzheimer’s disease, patients taking a Reishi mycelium product demonstrated significant improvement.

In China, Ganoderma Lucidum is used for its muscle relaxing and analgesic (pain-inhibiting) effects. In one study, Ganoderma Lucidum alleviated anxiety in 18 of 20 patients after four months’ use. It was concluded that the mushroom has an essentially “calmative function”, but is neither a narcotic nor a hypnotic. 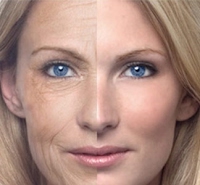 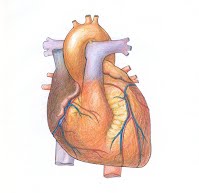 Researchers in China and Japan found that Ganoderma Lucidum contains ganoderic acids which belong to a group of natural substances called “triterpenes” . These active components in Ganoderma Lucidum improved the blood flow, lowered oxygen consumption in the heart muscle, lower cholesterol and inhibit platelet aggregation which can lead to heart attacks and other circulation problems.

They also found that in addition to all the cardiovascular benefits mentioned above, Ganoderma Lucidum showed a significant preventive and therapeutic action against plaque build-up. “Plaque” is a fatty goo which is comprised of a combination of oxidized cholesterol, calcium, and degenerated white blood cells . It is deposited on the walls of arteries which restricts blood flow by narrowing the passage within arteries resulting in atherosclerosis.

These intricate sugars stimulate or modulate the immune system by activating immune cells such as macrophage and helper T-cells, as well as increase the immunoglobin levels (immunoglobins are specific types of antibodies) to produce a heightened response to foreign cells, whether bacteria, viruses, or tumor cells. 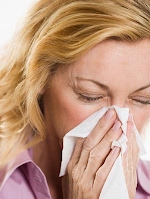 During the 1970s and 1980s, Ganoderma Lucidum‘s anti-allergy action became the subject of ongoing research in both China and Japan. Studies showed that Ganoderma Lucidum extract significantly inhibited difference types of allergic reactions, including positive effects against asthma and contact dermatitis. In 1990, researchers at the University of Texas Health Science Center in San Antonio found that Ganoderma Lucidum could be effectively used in treating stiff necks, stiff shoulders, conjunctivitis (inflammation of the fine membrane lining the eye and eyelids), bronchitis, rheumatism, and improving “competence” of the immune system without any significant side-effects.

Ganoderma lucidum have the protective effect on the liver damage which caused by variety of physical, chemical and biological factors. It can effectively protect the liver and reducing liver damage. Beside that, Ganoderma lucidum  is commonly prescribed in China for the treatment of chronic hepatitis. In treatments lasting 2 to 15 weeks, the overall rate of efficiency was 70.7 to 98.0%. In Japan, Ganoderma Lucidum extract has been reported to be effective in treating patients with liver failure.  In animal studies of mice with carbon tetrachloride-induced hepatitis, the extent of liver damage was significantly inhibited by continuous dosing with Ganoderma Lucidum tincture, and the regeneration of the liver was promoted.

Ganoderma can also eliminate toxins accumulated in your body through intake of various western medication, antibiotic, pain killers and anti inflammatory medicines. It thus achieves a strong detoxification effect to maintain your body balance. The Organic Germanium in Ganoderma helps to enhance your blood stream ability to take in oxygen by more than 1.5 times. It also increases your metabolism rate and slows down your aging. 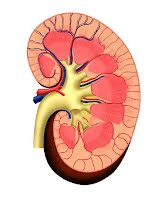 Kidney disease is one of the most difficult diseases to cure. They include acute or chronic nephritis, diabetic renal syndrome, nephrosis and rheumatic fever. These may due in part to high cholesterol count and high blood sugar level. If  kidneys are overloaded and blood cannot reach renal capillaries, nephrosis results, with edema, urine retention, fatigue and possibly serious uremia. In addition, Ganoderma Lucidum could not only lower proteinuria and cholesterolemia, but could maintain renal proper function.